You are here: Home1 / Knowledge Center2 / Life3 / 18 Wedding Traditions in Spain You Want to Know About

When Spanish women get engaged, they wear their engagement ring on the left hand’s ring finger. After the ceremony, their wedding ring is worn on the right hand’s ring finger. This is in contrast to many other cultures, where the engagement ring is worn on the right hand, and the wedding ring is moved over to the left hand after the wedding or stacked on the same finger.

2. Cutting of the grooms tie

Another tradition still observed in Spanish weddings is the cutting of the groom’s tie. This custom is said to bring good luck to the newlyweds. The groom’s friend usually performs this task with a pair of scissors.

After the groom’s tie has been cut, the friend will sell the tie to a wedding guest to raise money for the couple.

Throwing rice or rose petals is a traditional wedding custom you can find worldwide, and it is also observed in Spanish weddings. It is said to bring good luck to the newlyweds. After the ceremony, guests will throw rice over the couple as they leave the church or reception venue.

Another Spanish wedding tradition comes after the bride and groom say their vows. Now the couple will cut their wedding cake together with a ceremonial sword. This is usually done while the guests are cheering and clapping. After the first slice is cut, the newlyweds will feed each other a piece of cake.

One of Spain’s more famous Spanish wedding traditions is the bride throwing her bouquet to the unmarried women in attendance. Whoever catches it is said to be next in line to get married.

It is not uncommon for the bride and groom to have one or more padrinos (godparents) at a wedding in Spain. These are typically close family members or friends who act as mentors and support throughout the wedding planning process. They may also play a role in the actual ceremony, such as walking the bride down the aisle or giving a reading.

The padrino’s functions as a substitute to the flower girls, bridesmaids and the best man. There are no specific rules about who can or cannot be a padrino, but typically they are important to the bride and groom.

7. First look of bride and groom

In many Spanish weddings, the first time the bride and groom see each other on the day of the wedding is when they walk down the aisle. However, it is becoming more common for couples to do a “first look” before the ceremony. This is often done in private with just the photographer present. This allows the couple to take some time for themselves and savour the moment before the craziness of the wedding day begins. However, some couples still prefer to stick with tradition and wait until they see each other at the altar.

Another unique aspect of Spanish weddings is that children are often included in the Spanish festivities. It is not uncommon for a kid’s table at the reception or for the couple to hire a babysitter to watch the children during the ceremony. This helps ensure that everyone can enjoy the wedding and makes it more family-friendly overall.

Orange blossoms symbolise good luck in Spain and are often used as decorations at weddings. They are in the bride’s bouquet, on the wedding cake, or even scattered around the reception venue. The incredible smell of orange blossoms is also a sign of good luck and happiness.

Next to the orange blossom, typical flowers you find at Spanish weddings are roses, lilies, orchids and gerberas. Roses symbolise love, passion, and beauty. Lilies represent purity and innocence, while orchids are seen as a symbol of exoticness. Gerberas are often associated with happiness and joy.

Another tradition still observed in Spanish weddings is the giving of las areas (gold coins). These are given to the bride by the groom to symbolise his love and commitment. The coins are often placed in a special bag or box and are typically given to the bride during the ceremony. After the wedding, the bride will usually keep them as a memento. A total of 13 coins representing Jesus and his 12 apostles are typically given, and they are often inscribed with the couple’s names and the wedding date.

Wedding favours are not as common in Spain as in other countries, but they are still given out at some weddings. They are given to thank the guests for attending and can be anything from candies to small gifts. The favors are presented during the meal or at the end of the reception.

Traditionally, Spanish brides often wear a black wedding dress at their weddings. This is in contrast to the white dresses that are often worn in other countries.

The black gown symbolises lifelong devotion and commitment to one’s spouse for Spanish brides who see it as a physical representation of the phrase “until death do us part.”

While some brides may still choose to wear black, it is becoming more and more common for them to opt for a white dress instead. This is in line with the trend of Westernisation throughout Spain.

The Libro de familia is an essential document in Spain and is considered the official record of the family. It is updated with each new addition to the family and is used as proof of marriage, birth, and death.

The couple will receive the book after the honeymoon at their local register office when they deliver their marriage certificate. The Libro de familiar means family book, and in the case of children, their birth will also be registered in this book.

The book is a treasured item for Spanish families and is often passed down from generation to generation.

It is very common for a woman to keep her surname after getting married in Spain, and this contrasts with the tradition in other countries where the woman takes her husband’s last name.

Typically a Spanish name is made up of 2 last names. The first last name is from the father, and the second is from the mother. After marriage, this remains the same. When the couple has children, they will give each a last name.

The Sequidillas Manchegas is a Spanish folk dance that is often seen as a traditional wedding dance. The dance is traditionally done by the bride and groom and their parents and grandparents. To initiate the dance, the wedding guests pay the bride.

A typical variant of the dance originates from the Spanish region of La Mancha. The dance symbolises the couple’s new life together, and it is also seen as a way to wish the couple good luck and happiness.

At a Spanish wedding reception, it is not uncommon for a big wedding party. This can include drinking, dancing, and even singing. There may also be a band or DJ playing music throughout the night.

The goal is for the guests to have a good time and celebrate the new marriage. Often, the reception will go on until the early hours of the morning.

The head table of six is a way to symbolise the union of the two families, and it is seen as a way to show respect to the elders.

A word on Spanish Wedding traditions

We hope you enjoyed reading the unique Spanish wedding traditions that exist. While some of these traditions are slowly changing, they still provide a glimpse into the culture and customs of Spain.

If you plan on marrying in Spain, maybe due to the Spanish climate, adding one of these traditions to your dream wedding will surely make it even more special. 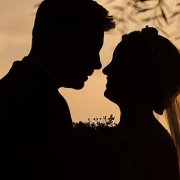 Marriage in Spain: What Do You Need to Know?