Best cities to buy in Spain

The Spanish real estate market offers a very large amount of property options, and many of these properties have their own unique benefits. At our company, we find that our clients buying really depends on taste and budget, but also important issues such as climate, lifestyle and investment potential. To give you an idea of where to start looking we made the following list of cities our clients mostly buy in Spain.

Barcelona is the most popular city in Spain for foreigners to live in, and it’s not hard to see why. This vibrant city has something to offer everyone, from beaches and parks to restaurants, nightlife and culture.

Barcelona is also one of the most expensive cities in Spain to live in. However, with a bit of research, it is possible to find apartments and neighbourhoods that are more affordable.

Some of the most popular areas to live in Barcelona include:

Eixample: This upscale area is located in the city’s centre and is home to many of Barcelona’s most famous landmarks, including La Sagrada Família and Casa Batlló.

El Raval: Located just to the south of Eixample, El Raval is a more affordable area with a bohemian atmosphere. This neighbourhood is well known for its nightlife and its many art galleries.

Gràcia: Gràcia is one of the most popular areas for young people to live in Barcelona. Gràcia has Mediterranean architecture streets that are close together. The roads in Gràcia go one way, and the area has many with plazas.

Seville is the capital of Andalusia in southern Spain and is one of the largest cities in the country, with a population of around 700,000 people. The city is well known for its lively atmosphere, beautiful architecture and tasty food.

Some of the most popular tourist attractions in Seville include the Alcázar Palace, the Cathedral of Seville and the General Archive of the Indies. The city is also home to several other interesting places, including the Seville Fair, Plaza de España and Isla Mágica amusement park.

Some of the most popular areas to live in Seville include:

Alameda de Hércules: This neighbourhood is next to the river Guadalquivir and is known for its lively atmosphere and many bars and nightclubs.

Triana: Triana is located on the other side of the river from Alameda de Hércules and is known for its traditional Spanish atmosphere. This neighbourhood is home to many Flamenco bars and restaurants.

Valencià is situated on the east coast of Spain, Valencia is the third-largest city in the country, with around 1.6 million people. This city has become increasingly popular with tourists and expatriates in recent years, and it’s easy to see why.

Valencia has located just a short distance from some of Spain’s most beautiful beaches and has lively nightlife and many cultural attractions. The city is also home to one of the most important ports in Europe and two international airports.

Some popular neighbourhoods to live in Valencia include:

El Cabanyal: This neighbourhood is located next to the beach and is known for its relaxed atmosphere and many seafood restaurants.

Ciutat de les Arts i les Ciències: This area is home to many of Valencia’s most important cultural attractions, including the City of Arts and Sciences, the Oceanographic Park and the Bioparc Valencia Zoo.

Ruzafa: Ruzafa is one of the trendiest neighbourhoods in Valencia, with many bars, restaurants and shops.

Malaga is a city on the southern coast of Spain and is the capital of the province of Malaga. The city has around 600,000 people and is home to many historic landmarks, including the Alcazaba fortress, the Cathedral of Malaga and La Gibralfaro castle. The city is also well known for its beaches and excellent climate, attracting many visitors each year.

Buying a house in Malaga can be expensive, but several neighbourhoods are more affordable.

Some popular areas to live in Malaga include:

El Palo: El Palo is a beach neighbourhood located east of the city centre. This area is known for its relaxed atmosphere and its many seafood restaurants.

Pedregalejo: Pedregalejo is another beach neighbourhood located just west of the city centre. This area is slightly more upscale than El Palo and is home to many high-end restaurants and bars.

Granada is a city located in the Andalusia region of southern Spain. The city has over 230,000 people and is home to many historic landmarks, including the Alhambra Palace, the Cathedral of Granada and the Generalife gardens.

The city is also well known for its lively nightlife and many tapas bars. People that buy a house in Granada will find neighbourhoods that offer a mix of historic charm and modern amenities.

Some popular areas to live in Granada include:

El Realejo: El Realejo is a neighbourhood located north of the city centre. This area is known for its many restaurants and bars and its lively nightlife. The walls are painted in vibrant colours, giving the neighbourhood a unique atmosphere.

Albaicín: Albaicín is a neighbourhood located in the old city of Granada. This area is known for its narrow streets, traditional Andalusian architecture, and many tapas bars.

Madrid is the capital city of Spain. It’s also the largest metropolitan area in Western Europe, with over 3 million people living inside its boundaries.

The Spanish Royal Family live in Madrid, and it’s home to many important monuments such as El Palacio Real (the Royal Palace), La Catedral de la Almudena (the Cathedral of Almudena) and the Museo del Prado (the Prado Museum).

Some of the most popular areas to live in Madrid include:

Chamartín: Chamartín is a neighbourhood located in the north of the city, and this area is known for its many luxury apartments and excellent restaurants.

Salamanca: Salamanca is an upscale neighbourhood located northwest of the city. This area is known for its high-end shops and many parks and gardens.

Centro: Centro is the historical centre of Madrid and is home to many of the city’s most famous landmarks, including the Royal Palace and the Plaza Mayor.

Puerta del Sol: Puerta del Sol is a neighbourhood from the 15th century located in the centre of Madrid. This area is known for its lively nightlife, shops, bars and large square.

Marbella is a city located in the province of Malaga, on the Costa del Sol. The city has over 140,000 people and is known for its luxury hotels, resorts, villas, and beaches.

People who buy a house in Marbella can expect to live in an area full of luxury and amenities. Including a harbour, international schools, golf courses and a heliport.

Some popular areas to live in Marbella include:

Puerto Banús: Puerto Banús is a marina located in the west of the city. This area is known for its many luxury yachts and high-end shops and restaurants.

Nueva Andalucía: Nueva Andalucía is a residential area located northwest of the city. This area is known for its many golf courses and its upscale homes.

Tenerife is an island located off the coast of Africa, and it is the largest of the seven Canary Islands and has over 900,000 people. The island is known for its many tourist attractions, including the Teide National Park, the Loro Parque Zoo and the Siam Park water park.

It’s a popular place to buy a holiday home, as people who buy a house in Tenerife can expect to live in an area full of natural beauty and amenities.

Some popular areas to live in Tenerife include:

Los Cristianos: Los Cristianos is a town located in the island’s south. This area is known for its many beaches and its lively atmosphere.

Ibiza is a Spanish island in the Mediterranean Sea and one of the Balearic Islands. Ibiza has become internationally famous for its nightclubs and electronic music scene, attracting clubbers worldwide; it was also declared a UNESCO World Heritage Site in 1999.

If you’re looking for breathtaking scenery and beautiful beaches, Ibiza is your place. With its crystal-clear waters and sandy beaches, it’s no wonder that Ibiza is a popular place to purchase property. Playa d’en Bossa, Salinas, and Cala Comte are some of the most popular beaches on the island.

Some popular areas to live in Ibiza include:

San Antonio: San Antonio or Sant Antoni de Portmany is the second largest town on the island, and its location is in the west of the island. There are many high-profile and exclusive hillside villas where celebrities have chosen to live.

Santa Eulalia: Santa Eulalia is a lively place with a long, child-friendly beach, a beautiful promenade with palm trees and a large marina. There are many shops, good restaurants and several bars, a great place to buy property.

Considerations for choosing the best place to buy in Spain

When choosing a place to buy in Spain, you should consider the following:

No matter your needs or interests, Spain has many popular places to buy a property, so you can find something that will suit you. The prices vary depending on the location, but they are much more affordable overall than in many other countries. In addition, the weather in Spain is lovely year-round, so you can enjoy your property no matter when you purchase it.

If you plan to purchase property in Spain, make sure you contact a property lawyer and a real estate agent to help you with the process. They can provide you with information about the best places to buy in Spain and help you negotiate the price of your property. 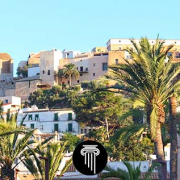 Buying a Holiday Home in Spain 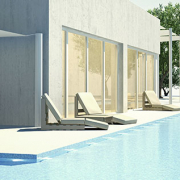 Stamp Duty in Spain When Buying a New Property 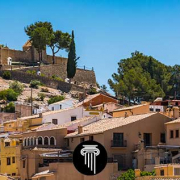 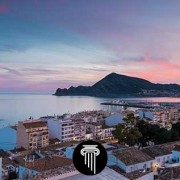 Buying Real Estate in Spain After Brexit for UK Citizens 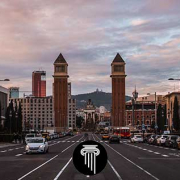 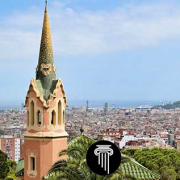