Whether you are going to live, work or do business in Spain, it’s important to know at least a little bit about the legal system. Read more about how the legal system in Spain works, and how it compares to other countries?

Spain has a similar legal system to Italy and France. It is called the “Civil Law System”, which is one of the most commonly used systems in the world. It is based on legal codes and comprehensive laws rooted in Roman and Napoleonic Law. This is in contrast with the Common Law System which is based on the lifelong decisions made over and over by judges according to a more flexible range of laws approved by the parliament.

The Civil Law is applied in all of Spain’s territory, there are however differences in the law for Autonomous Communities. They have their own Civil Laws which are applied according to the specific legal issue. These ‘organic laws’ are called “Estatutos de Autonomía” or Statutes of Autonomy. They are spread to all of the topics and matters that are not attributed to the state. Some of the matters are Public Order, Environmental Protection, Agriculture, inland fishing, Urban Planning and Housing, Festivals, Culture, Education, Public Health, Social Assistance, among others. It is important to have a lawyer that understands both national civil law and autonomous community laws.

The State has exclusive responsibility on the fields and matters of Nationality; Immigration; Exterior Politics and Asylum; International Relations; Defense and Security; Monetary System; Transportation (Ports, airports, trains); Foreign trade; Sea Fishing; Treasury and State Debt; Public works of Supraregional Interest; and Referendums; as well of course, as the Legislative, Justice Administration and Due Process Responsibility.

The Local Authorities and Town Hall

The Local Authorities and Town Hall also have some power in several legal issues in Spain. These are normally directed to Public Local Services, Road Maintenance and Municipal Police. Also, Spain has a lot of routine police work and road controls, which are found in many other European countries as well. There are 3 organizations related to the Spanish police: The Civil Guard, The National Police and The Local Police. They all have different responsibilities and attributions, as well as several specialized forces for areas such as tax evasion, contraband and international crime.

When a person is met with a legal issue or dealing, it is highly recommended to contact a Spanish lawyer to determine whether it is necessary or not to take legal action.

In Spain, the Administrative Process establishes the relationship between the citizens and the Spanish Public Administration. The courthouses control the regulatory power and legality of all administrative acts and the fulfilment of the objectives that justify them.

Before any legal issue can be taken to Court, it is always needed to exhaust the administrative route.

If the dealing refers to the recognition and enjoyment of benefits included in Social Security. The legal term for the Public Administration to resolve is 1 month before the case can be brought up to the Court of Social Issues.

In Spain, The Civil Prosecution Law has two ways to determine what type of judgement is applicable. In both cases, it looks at the matter and the claim, as well as four judicial procedures with different particularities, depending on the issues they carry.

The Ordinary Judgement or Trial is the most common, for dealing or issues in the matters of intellectual property, general contracting conditions, urban leasing, and all lawsuits over the amount of 6.000 €. A lawsuit is required to initiate this process, when admitted, the parties and a Lawyer would need to appear before the judge to reach an agreement. If the parties agree, a sentence of mandatory compliance will be issued; when no agreement is reached then the case will be raised to an Oral Trial.

The Oral Trial or Verbal Judgement deals with matters where it is intended to regain possession of a property for lack of payment or precariously loaned, heritage, suspension or demolition of work, and lawsuits where the amount claimed is under 6.000 €. A lawsuit is also required to initiate the process. When admitted, the parties will appear before the judge, with the evidence and proof of their case. The judge then will review and place a sentence. A lawyer does not need to appear when the claim is under 2.000 €.

The only available source of professional legal aid in Spain is a Lawyer. Most lawyers are specialized in certain areas or fields of law, such as mercantile, labour, immigration, etc. At SpainDesk you can get services in all legal areas.

It is recommendable to find a local lawyer that can offer you services in your language instead of a lawyer of your own nationality. A lawyer of your own nationality may not know exactly how the Spanish legal system works. Once you find yourself being comfortable with a lawyer, you can designate him to represent you. It is not necessary to sign a service contract. You contract a lawyer by accepting the price and making the down payment.

Lawyer fees depend on the lawyer’s experience and expertise. The general price range is from 120 € to 300 € an hour. There are no “no win, no commission” agreements in Spain, however, a fixed rate can be agreed in certain cases.

Concluding the Legal System in Spain

In conclusion, Spain has a solid legal system that guarantees the protection of everyday rights of its citizens and the compliance of obligations. However, it’s not near to perfect, Spain is ranked as number 23 out of 28 countries of the European Union in the 2016 Justice Scoreboard, which measures the freedom of the Justice System. It is number 23 out of 113 countries in the World Justice Project Rule of Law Index. 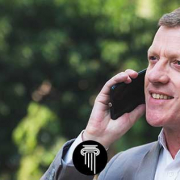 What our Gestoria in Barcelona can offer 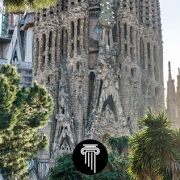 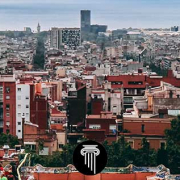 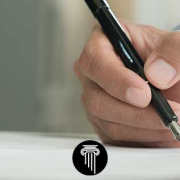 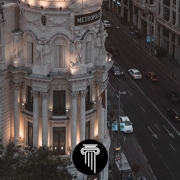 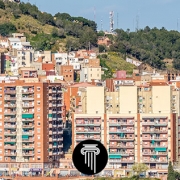