You are here: Home1 / Knowledge Center2 / Taxes3 / Tax in Spain for Residents: Everything You Need to Know

If you are a tax resident of Spain, there are certain tax rules that apply to you. In this blog post, we will go over the different types of taxes that you must pay if you are a resident for tax purposes in Spain. Keep reading for more information.

According to Spanish law, you will be considered a tax resident if you spend more than 183 days in the country per year. This is different from many other countries, which typically use a 12-month period for tax residency purposes.

It’s important to note that the 183 days don’t have to be consecutive. So, even if you only live in Spain for part of the year, you could still be considered a tax resident. This is something to keep in mind if you’re planning to work or start a business in Spain.

Other reasons you may be considered a tax resident in Spain are:

Being a tax resident has significant consequences. For example, tax residents will be subject to Spanish taxes on their worldwide income. While non-residents are only taxed on their income in Spain.

How does the Spanish Tax System work for tax residents?

The three important things to keep in mind when filing taxes as a Spanish resident are:

How to file your Spanish taxes as a tax resident?

Spanish residents who want to file their taxes will need to follow a few simple steps.

If your taxes seem complicated, you can also choose to have a professional prepare your taxes for you. This is very common in Spain.

Types of taxes in Spain for Residents

There are several different types of taxes in Spain, and if tax residents need to pay these taxes depends on their personal circumstances. Typical taxes for tax residents are:

As you can see, there are a variety of taxes in Spain, and the amount that each person pays will depend on their individual situation. Below we go through each individual tax.

Income tax in Spain for Residents

The main tax you will pay is the Spanish income tax. Spain has a progressive income tax system, meaning that the more you earn, the higher percentage of tax you pay. Income tax is called IRPF in Spain. Residents of Spain are taxed on their worldwide income, regardless of where it is earned. The income tax is split into two types to calculate it.

The general taxable income base is the income on which all taxpayers must pay taxes at the progressive income tax rates. This includes items such:

The income tax depends on the autonomous region where you live. The general income tax rates for residents of Spain are as follows:

Income tax from employment is will have their taxes deducted at the source by their employer. These are known as ‘retenciones’. The amount of tax you pay will depend on your income and your personal circumstances. When you file your annual tax return, you may be entitled to a refund if you have paid too much tax during the year.

Savings taxable income is basically composed of the interests of any financial products that you may have, such as:

This income is taxed separately from the general income tax base. The tax rates for savings taxable income are as follows:

As a non-tax resident, you will be taxed at a rate of 24% on any income you earn in Spain. This significantly lowers then the income tax for tax residents. If you are a tax resident and would like to pay this non-tax resident rate, you can apply for the Special Tax Regime for Expats (also known as the Beckham Law).

You can do this by applying for a Foreign Tax Number (NIE) at your local Spanish consulate or embassy. Once you have a Foreign Tax Number, you will need to register for social security with the Spanish government. You can do this online or in-person at your local Social Security office. Once you are registered, you will need to make contributions to the Social Security system in order to receive benefits. The amount of your contribution will depend on your income and employment status.

If you are a tax resident in Spain you can deduct a number of items from your taxable income. These include:

If you are not a tax resident you can’t deduct any of the items from your taxable income.

In Spain, the government imposes a wealth tax on tax residents with a net worth above €700,000. However, this may vary in the region. The tax is assessed on the value of assets including real estate, cash, investments savings, art, and jewellery. The tax rates for wealth tax in Spain are as follows:

Inheritance tax in Spain is levied on the beneficiaries of an estate when someone dies. It is levied on the assets of the deceased person in Spain. The amount of tax that is due depends on the relationship between the beneficiary and the deceased, as well as the value of the estate. For example, a spouse or child would generally owe less tax than a more distant relative or friend. In addition, the tax rate is progressive, meaning that larger estates and people with more wealth are taxed at a higher rate than smaller ones. The calculation of inheritance tax can be quite complex.

The Spanish government also offers a number of exemptions and deductions that can reduce the amount of tax owed. For example, there is an exemption for inheritance between spouses, and certain charitable donations are also deductible. Spanish inheritance law is different from that of other countries, so it is important to seek professional advice if you are inheriting an estate in Spain.

Value-added tax (VAT) is a type of tax that is applied to the sale of goods and services. In Spain, VAT is known as Impuesto sobre el Valor Añadido (IVA). The standard rate of IVA in Spain is 21%, although there are reduced rates for certain items, such as food (10%) and accommodation (4%).

Most businesses in Spain are required to charge IVA on their products and services, and therefore you will need to pay it whether you are a resident or non-resident.

The Double Tax Treaties in Spain are agreements between Spain and another country, which aim to avoid the same income being taxed twice. For this purpose, the treaties establish the rules according to which the income will be taxed in each of the countries. These rules establish that, in general, the income obtained in a country by a resident of the other will only be taxed in that first country.

In this way, it is arranged that, for example, a Spaniard who obtains income from France is not taxed both in France and in Spain for said income.

The Treaties also regulate other aspects such as, for example, when a company carries out activities in several countries. These regulations seek to prevent tax evasion and promote investment between the countries concerned. 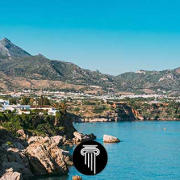 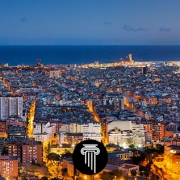 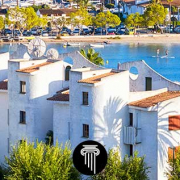 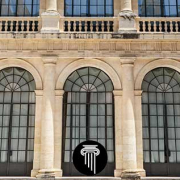 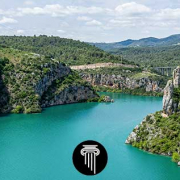 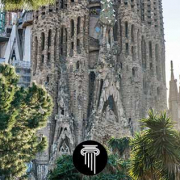